The employment and immigration departments have conducted a consultative meeting on the revision of Gainful Occupation Permit (GOP) fees proposal with various stakeholders from private businesses.

As expected, the meeting held at the Care House yesterday was a heated one.

Principal secretary Jules Baker, executive director Veronique Bresson, director general for labour migration, Benilda Cupidon and other senior officers from the employment department were there for almost two and a half hours to answer questions from the private business owners.

“The proposed revision in GOP fees is to be implemented in line with a Succession Plan Policy being proposed to replace the localisation plan to be ready by January 2022. The proposal advocates for the recruitment of non-Seychellois only in areas of skills shortages and the advancement of locals in higher positions. We are proposing that the GOP fees for line/supervisory positions remain at R500 per month. And as from January 1, 2022 the Agricultural and Fisheries sector will benefit from concession in GOP fees and pay only 25% of GOP fees,” Ms Cupidon explained.

For managerial and executive posts, the proposed increase of GOP fees are as follows:

A higher GOP fee to be applicable to GOP holders occupying managerial and executive posts in the country for 6 years and above as follows:

The other proposals consist of: the revision in GOP fees will not be applicable to the following categories: Agricultural and Fisheries sector; Non-Seychellois married to locals and Existing government subsidies concerning GOP fees for instance FSA licensees, Common Religious Denominations, Sports etc.

These announcements created an uproar among the business community and they questioned the proposals thoroughly. People representing the agricultural sector complained that even though there is a good proposal for the sector, the department of employment and immigration did not consult them yet as promised to look into the matter.

The representatives from the tourism sector questioned why only the fishery and agriculture sectors were considered for a concession while the tourism business is facing lots of issues with finding the right candidates.

The retail businesses and the construction representatives also raised their concerns about not getting enough Seychellois to fill in the positions required. “We have to admit that there is a segment of the population who is not apt for work and we cannot keep employing them and have to sack them a week or a month later. It is not that we are not trying to employ locals for the managerial posts, we unfortunately found out that many who come want the salary but not the responsibilities attached to the job. We sometimes receive a list of people from the employment division and when we call them for interview they do not turn up or simply do not want to produce a character certificate,” voiced some of the businessmen.

There have been suggestions to have more consultations on this matter and to involve the trade in a long-term strategic planning for the development of human resources. 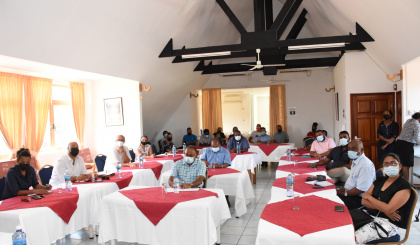 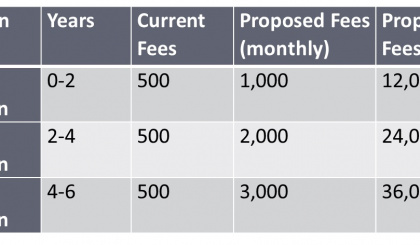 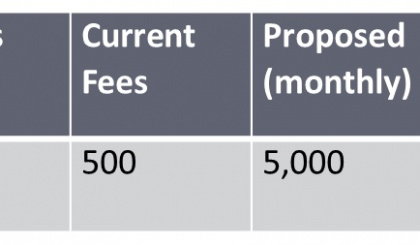